Posted in What's For Dinner

I am embarrassed to even think about how many times I went to the grocery store this summer.  I don’t think I planned a single meal the entire 11 weeks the girls were out of school.  Invariably, I was running to Publix just before sunset, grabbing whatever I could find, and desperately trying to get dinner on the table by 8:00 p.m.   In my defense, I built a document preparation application for work in four weeks that should have taken six months. Haley and I also photographed two weddings, I had a slew of family beach photo sessions, and the girls and I spent a lot of time in the car.  Throw in a few weeks of camp, a week of staycation, and my usual lackadaisical attitude toward any kind of scheduling in the summer and you have a recipe for disaster.  We ate way too much fast food, the dinners we did have wouldn’t exactly show up on any kind of “healthy dinner” list, and we spent a ridiculous amount of money for the convenience of not having to really cook.  Obviously,  that style of meal planning isn’t going to work for the school year schedule and honestly, our budget can’t handle it either.

So, I decided enough was enough.  Last Sunday, I sat down and made a meal plan for the entire week.  Then, I went to the grocery store.  I spent about four hours doing those two things.  Crazy!  Hopefully, I’ll get faster at it as time goes by.  It was a pain in the neck on Sunday.  But, it was AWESOME the rest of the week.  We had dinner on the table by 6:30 p.m. and had time afterwards to take a family walk several nights.  The girls enjoyed eating at the table and I enjoyed cooking dinner instead of just heating up something that was already cooked.

Here’s what we had for the week and what I’d change or not change:

Monday – Pork Chops, tomatoes, green beans, and rice  (there was a lot of rice this week – somewhat poor planning on my part)

Tuesday – Red Beans and Rice from http://www.ourbestbites.com.  My mom made red beans frequently when I was going up.  They were delicious but when I’ve tried to make them, they just haven’t had the flavor I wanted – this recipe from Our Best Bites completely hits the mark.  I pretty much followed the recipe, except that I use kielbasa instead of smoked sausage and I always do a quick soak of my beans instead of an overnight soak, mostly because I never remember to soak them the night before, but also because I think they taste a little better that way. 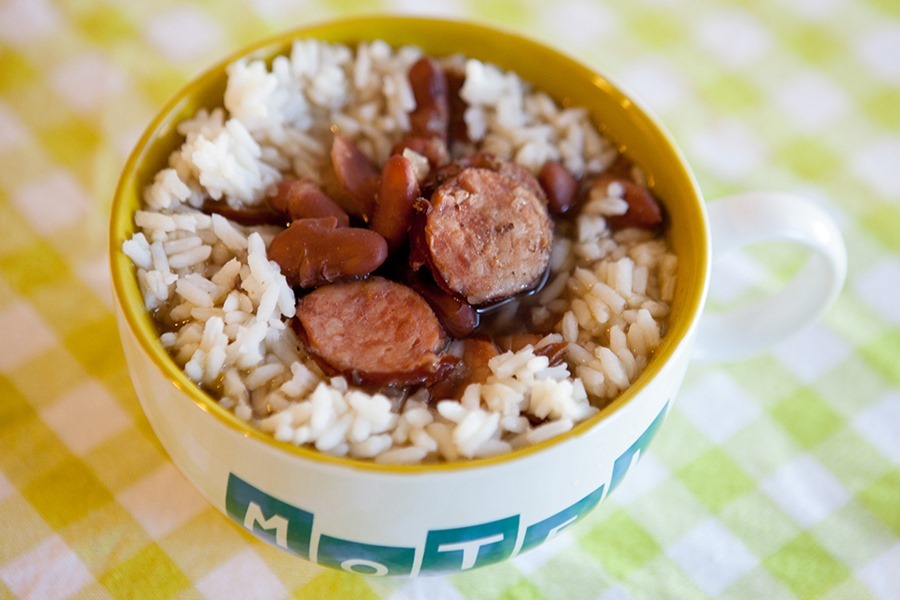 Wednesday – Chicken with Peanut Curry Sauce.  This was a new recipe for me that I cam upon completely by accident.  My friend Missie makes an awesome peanut curry chicken that starts with a box mix from Taste of Thai.  I love it and wanted to have it for dinner during the week.  But, I didn’t have one of the boxes and I was determined not to get anything at the store that wasn’t on my list so I decided to find a recipe on-line.  I know that’s crazy – I could have just found the box at the store and found the ingredients but I was being neurotic and I’m so glad I was.  This was completely delicious and different enough from the box mix that I could easily keep both in my recipe list.    This was the most time consuming recipe I made all week.  I made the mistake of serving it on the night we got home late.  So, that’s a lesson well-learned.  But…..it was absolutely delicious the next day.  So, in the future I think I’ll make it earlier in the day or even the night before.  I’ll put the recipe up for this, soon, but trust me, it is good! 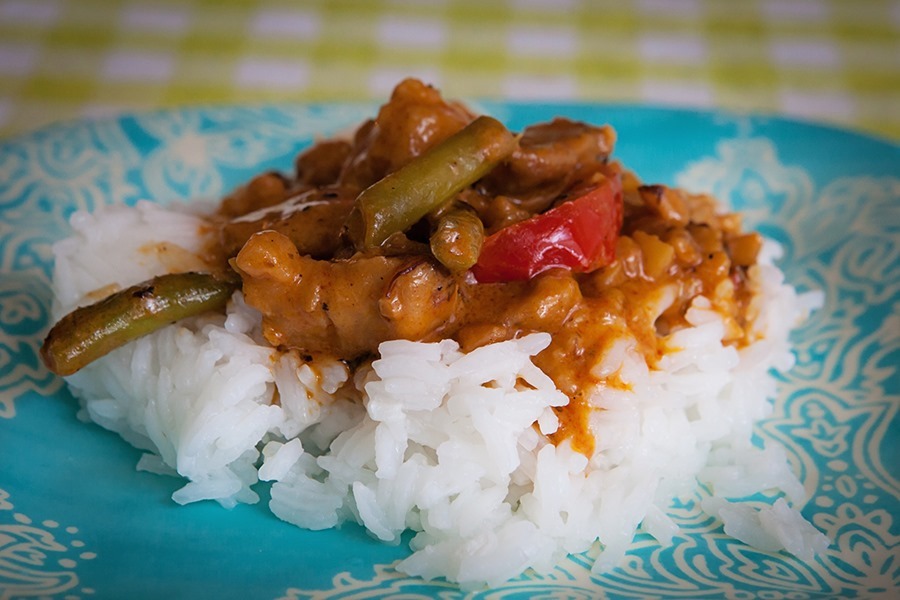 Thursday – Spinach Tortellini in the crockpot – this is a Pinterest find that I’ve been making for several months.  It is the trifecta of weeknight meals – easy, delicious, and only uses one pot so clean up is a breeze. 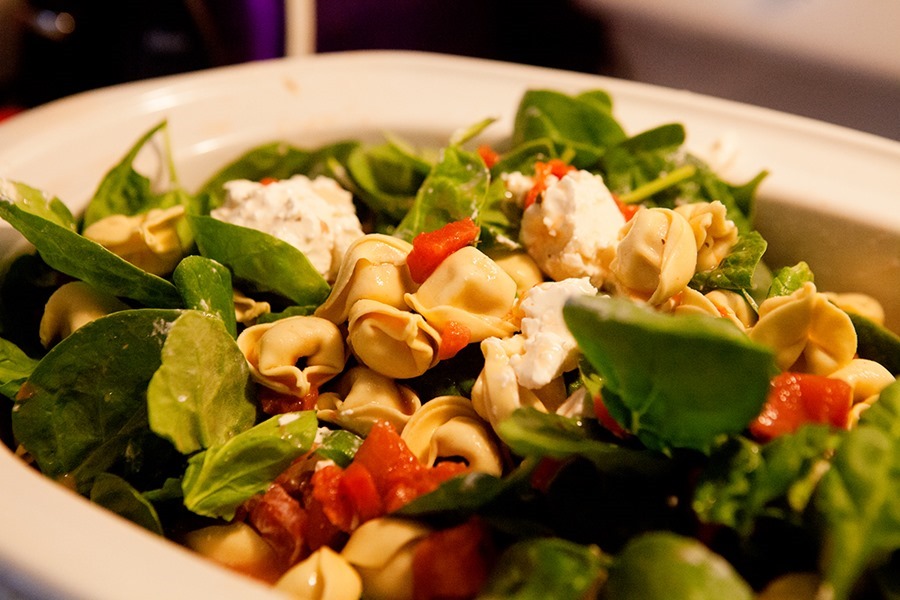 Friday – Pizza and a movie – frozen pizzas for the girls and shrimp pizza with garlic white sauce for Steve & me.  One of our local pizza places makes a wonderful white pizza with shrimp.  It is divine.  And.  very.  expensive.  I’ve tried to replicate it at home before and never really come close.  This recipe, though, was pretty close.  I used salad shrimp and a refrigerated crust.  I think if I used real shrimp and made my crust, this recipe would be the bomb!  I tried to take a picture of it, but my lighting was way off, so maybe next time!

Saturday- leftovers.  Not a bad week!

Overall, I did well cooking this week.  As the girls’ extracurricular activities start to pick up, I need to be more conscious of the days I have to make something in the crock post.  It’s not going to work on Mondays when we get home from scouts at 5:30 p.m. to try and cook something and help the girls with their homework.  I really like the idea of trying a different kind of pizza each Friday – I’m also going to add a dessert in on Fridays, too.  We’re trying to cut down on our sweets around here and just have a treat once, maybe twice a week, so I’m trying to make those treats homemade and a little more special than heating up cookies.

Posted in What's For Dinner

« Back To School Silly String Partytest »