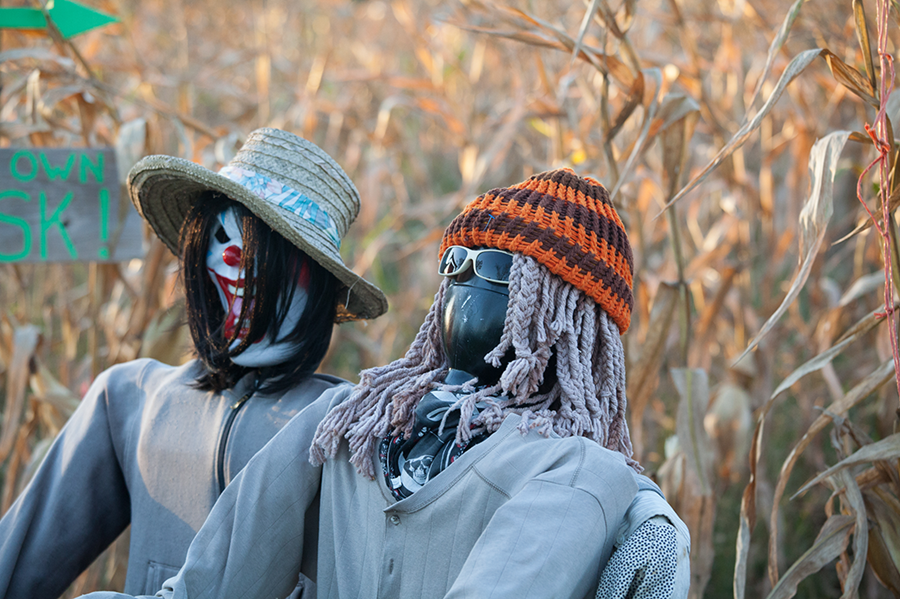 We’ve been to several different corn mazes over the last few years.  There is an awesome one about two hours from here on the Alabama/Mississippi line.  It’s a great place with lots of activities for the kids and has the added bonus of getting to see Steve’s family since they usually meet us when we go there.  We’ve been to one about an hour north of here that the girls enjoyed, too.  This year’s schedule (two back-to-back out-of-town weddings and one in-town wedding for me knocked out three of our Saturdays, more than a handful of school activities for the girls, and Steve working Sundays) didn’t really give us the time to travel far to a corn maze.  There’s a farm just over the bridge in Alabama that the girls and I have visited during blueberry picking season.  I’d heard rumors that they had a corn maze, so today I did a little research and found out that they did in fact have a maze and it is open until 6:30 p.m. on weekdays.  So, I called Steve and asked if he was game for a quick trip out there.  Luckily for me, he’s always game for my hair-brained ideas. 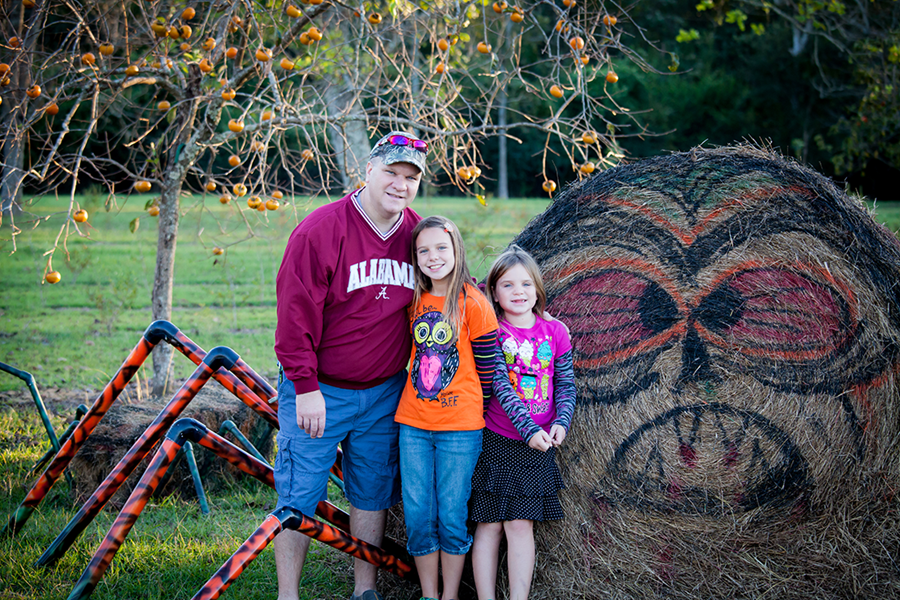 I convinced the girls to change into Halloween t-shirts.  It was not easy – Abigail wanted to wear some pink and purple concoction that didn’t look the least bit fallish.  I generally don’t push them on wearing what I want them to wear but there are few times a year I at least try:  corn mazes, Christmas tree day, and a couple of other random days throughout the year.  I won this time and both girls put on their shirts; however, it was pointless because once we got out there Gracie was freezing and had to put on Steve’s crimson Alabama jacket – so much for Halloween-themed pictures! 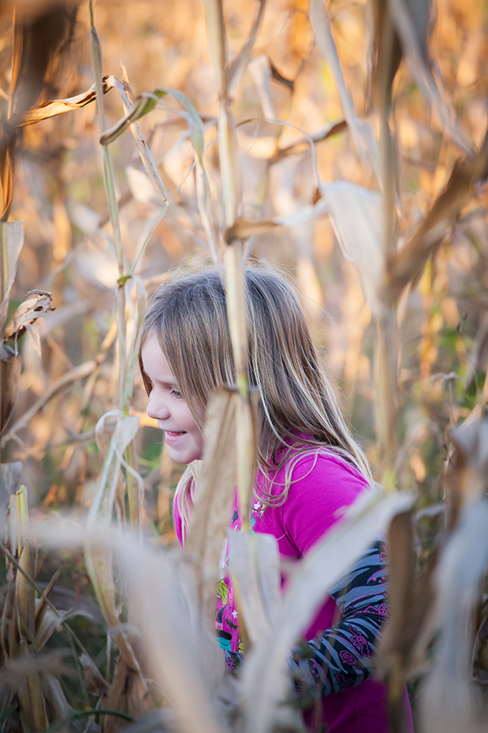 So, let me tell you, this corn maze was my absolute favorite!  It was much smaller than any of the others we’ve visited, but we had it all to ourselves and it was much cheaper.  We usually spend about $60.00 when we go to the other mazes between the maze and the hay ride and the goofy cow train and whatever else they charge you $2.00 a pop to do.  This one cost us $24.00 for the corn maze, three cups of delicious cinnamon pecan ice cream, a jar of muscadine jelly, and one very large sweet potato that Abigail just had to have.

It was a wonderful evening;  the weather was crisp and cool, particularly for October in Florida.  And, the fact we didn’t have to drive 100 miles was definitely a bonus – I think we’ve found our favorite corn maze!