Ahead of the storm

The girls are out of school at least today and tomorrow.  We have bottles and bottles of water.  Steve has secured everything that can be secured in the yard.  He patched a spot in the roof.  We’re as ready as ready can be for Tropical Storm (Hurricane) Isaac to move ashore tomorrow.  Right now, it appears we’re far enough away from the center that we’ll be dealing mostly with inconvenience and not devastation.  But, I’ve lived here long enough to know that hurricanes (and tropical storms) don’t always do what they’re supposed to do and that anywhere within a hurricane warning zone is a viable target.  So, we’re prepared for the worst and hoping for the best.

I’m trying to convince the girls to go out and let me take their pictures so we get some fresh air before cabin fever sets in.  I think they’re both still so tired from their first week of school that cabin fever is actually enticing to them!  We (and by we, I mean Steve) had to take Gracie to the Emergency Room on Saturday night.  They first went to the urgent care clinic but the nurse at the clinic sent her on to the E.R.  During the end of the week, she seemed to be recovering from her stomach bug.  She wasn’t back to 100% but she was well enough to go to school and even to a slumber party on Friday for one of her dearest friends. By the time she got home Saturday morning, though, she looked really puny again.  I thought she might just be tired from staying up until all hours of the night giggling with a bunch of little girls.  I was concerned, but not worried.  By 7:00 p.m., though, she was throwing up again, and Steve and I both were worried.  I honestly was concerned about her appendix, because I make all of my medical decisions based on Dr. Google.  No one else was sick and she appeared to be getting worse instead of better so I wasn’t really convinced we were dealing with a virus.  Steve was concerned that the might be becoming dehydrated.  She looked pale and drawn and her eyes seemed sunken in her head.   The urgent care clinic sent them on the the e.r., saying she need more evaluation than they could give her.  After eight hours, a stomach x-ray, and a strep test, the E.R. doctor determined that she does just have a virus that for some reason is hitting her particularly hard.  Yesterday, she seemed a little better, and today, she seems almost back to herself.  I’m glad she’ll have a couple of days to rest – I wish it was for a reason different than a storm.

I’ve been pulling out my iPhone for pictures more this week.  Work, school, sickness, and a tropical event has all interfered with my “big camera” time for the last several days!

Here are a few from last week:

Some flowers along the side of the road, during my walk on Tuesday (and really, I was somewhat annoyed with my Nike+GPS app that it doesn’t continue to track your miles/time when you stop to take a picture or talk on the phone.   Well, I guess it makes sense to stop when you stop to take a picture, but it didn’t start back up again after I took the picture.  I have to keep reminding myself that the iPhone operating system is not designed to multi-task).

Gracie, when she was feeling better, between her bouts of sickness. 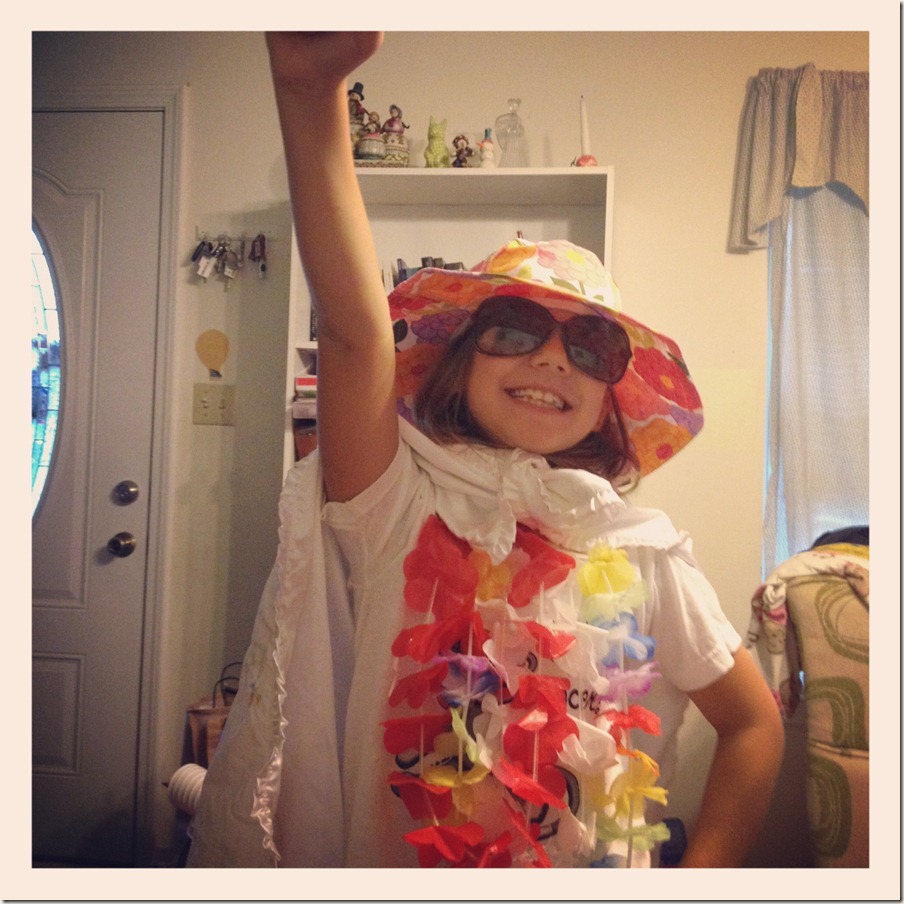 Friday, when the hurricane craziness kicked into high gear.  Here’s a guy at the gas station, making sure he has enough to make it through. 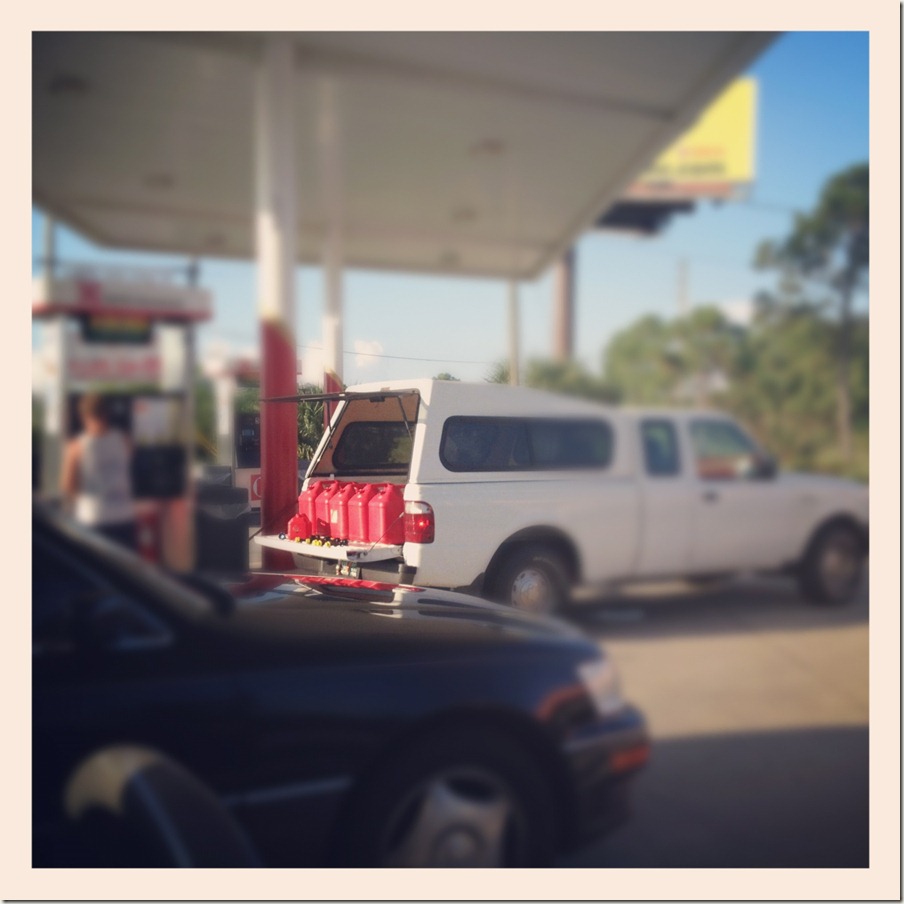 Steve and I took Abigail to Mexico for dinner on Friday night.  (That’s what she calls our local Mexican restaurant. )  She always asks for a gumball from the huge gumball machine when we leave.  Here’s my weirdo close-up picture of the gumballs.