It doesn’t happen often here.  Okay, it never happens.  But, Tuesday afternoon freezing rain started pouring down on Pensacola and by Wednesday morning, the yards and the streets were covered with something that was a combination of snow and ice.  Not fluffy snow angel kind of snow or the quiet stuff of Robert Frost’s poem but, frozen precipitation nonetheless.  And the girls were thrilled.  They spent most of the day outside, playing in it.  It was bitterly cold so they could only stand about ten minutes at a time, so there was a lot of putting on coats, gloves, and hats and taking off coats, gloves, and hats.  It could have been highly frustrating, but you know what?  It wasn’t. This certainly won’t be happening every week or even every year and will probably be the only time in their childhood that I have to deal with snow gear piling up on my couch.  So, I didn’t mind at all.  I spent a good amount of time outside with them, taking pictures and videos, and laughing.  Gracie declared it one of the best days ever.  I think I agree with her! 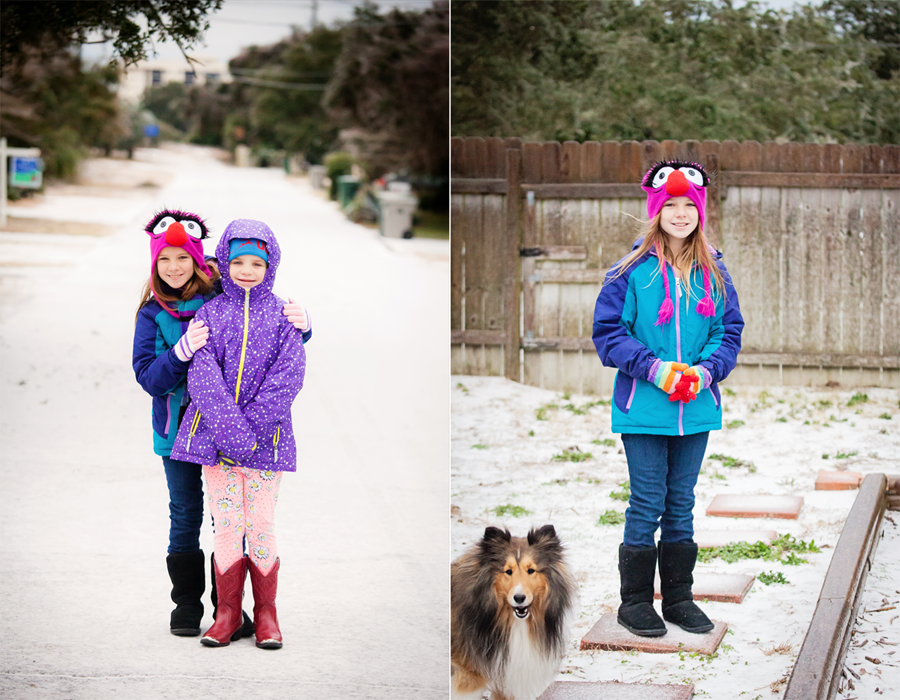 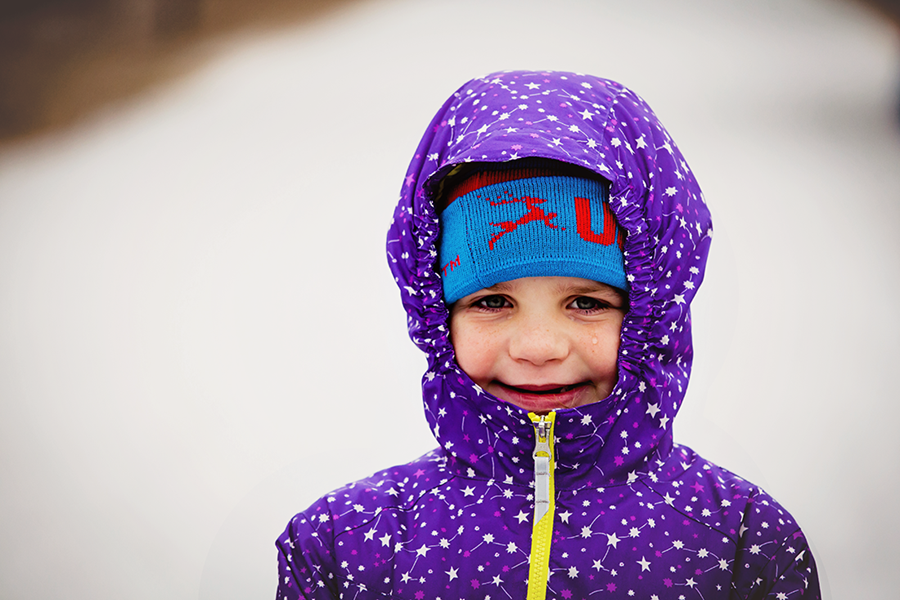