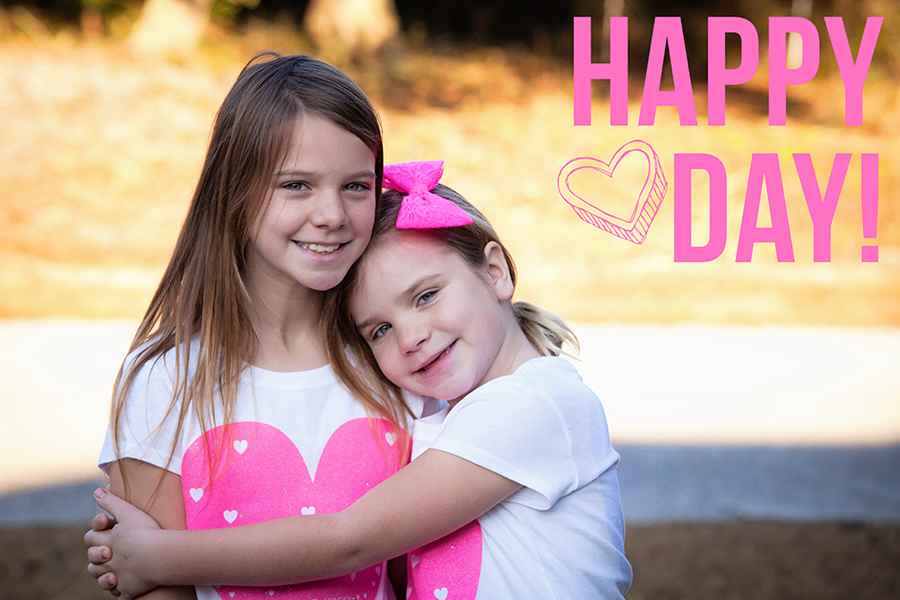 I am not a huge fan of Valentine’s Day.  I was never the girl who got flowers or balloons or candy in high school.  Generally this didn’t bother me.  I’ve never been an overly romantic type of person and I’m attracted to people who aren’t overly romantic.  Steve laughs because he knows I’d rather have a technology gadget than flowers; a book about computer code over jewelry.  (Of course, crafting supplies trump all of that which Steve could probably do without, but he humors me).  Steve showers me with love in a million different ways all throughout the year so Valentine’s Day is really just another day that I feel lucky to be married to him.

Sine we’ve had the girls, I definitely been more in to the spirit of Valentine’s Day.  I love helping Gracie and Abigail make their valentines for their friends and their teachers.  Over the years, we have done some really fun things together.  And, of course, I’ve loved making special treats for them and we usually have a special dinner on Valentine’s night for all four of us.

So, I’m not exactly sure what happened this year.  Yesterday morning we hadn’t even really thought about what to do for valentines, I only had a vague idea about something for them to wear, and I had only thought fleetingly about what to have for dinner.  I ended up working until well after 6:00 p.m. yesterday.  Luckily, the girls quickly decided on what they wanted to make and they chose a fairly easy option.  Abigail wanted loom bracelets with a card that said “I’m so glad weave become friends” for all of her classmates and Gracie wanted to make loom bracelets for the girls in her class and mustache valentines for the boys.  The girls did pretty well making the bracelets; Steve helped (but I’m not thinking he’s a fan of the loom…I heard a lot of exasperated sighs coming from his side of the couch!) and I finished them up.  A little quick card making in Photoshop and we were done! 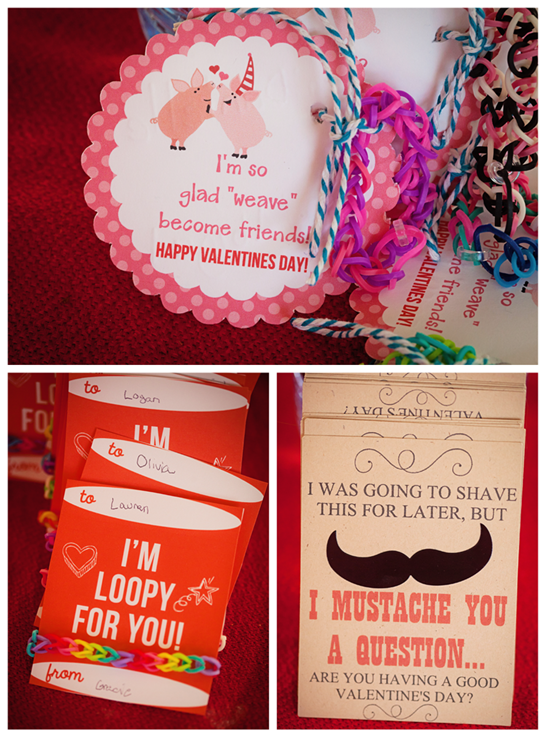 I was feeling pretty good.  Then, Abigail’s face fell and she said “I don’t have a Valentine’s dress to wear.”  And normally, I would convinced her to wear a non-holiday specific dress, but she’s growing so fast and I know that in a couple of years she won’t even think to ask about something special to wear for her class party.  So, I woke up this morning and made her a skirt.  I know that sounds insane, but honestly it only took me about thirty minutes – I’ve used this pattern so many times that I think I can do it in my sleep.  And she was so happy – it was so worth it.  And it was worth it again when I pulled into car line this afternoon and saw her in all her pink and red and glittery glory proudly holding her red heart-shaped balloon from her teacher and her decorated bag of valentines from her friends.  This morning was a little harried and I parked illegally and almost got in trouble and the girls were almost tardy and work has been hectic and I think our Valentine dinner is going to get pushed to tomorrow, but, all in all, I’m calling this day a success. 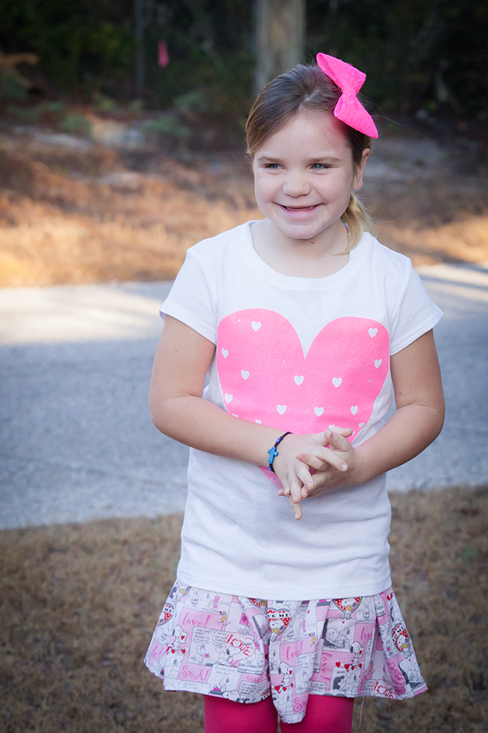